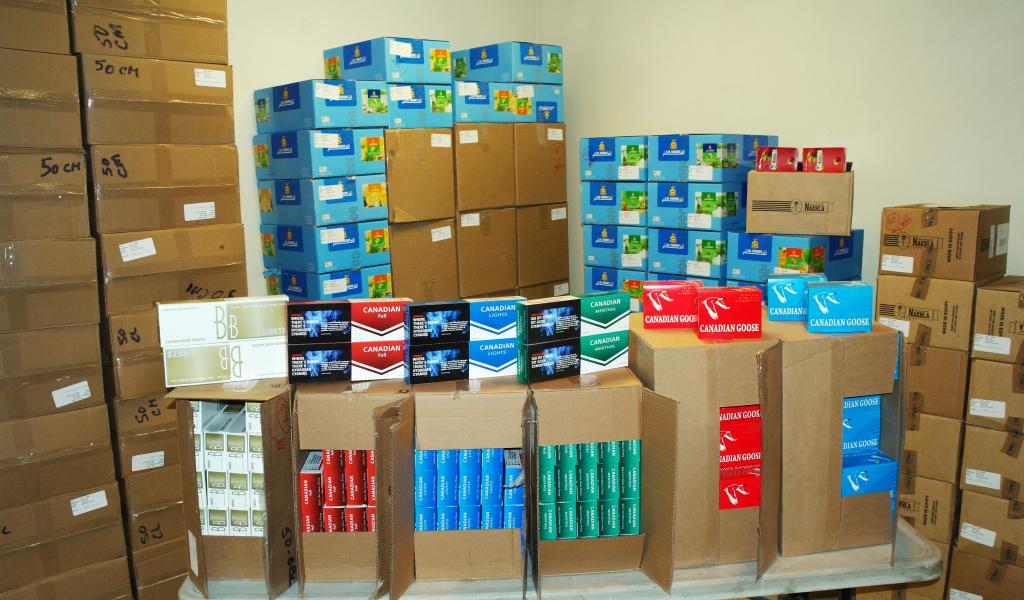 The seizure took place at a storage locker facility in central Edmonton. Imad Assi, Ibrahim Al-Sabbag and Mahmud Al-Sabbag were each charged with trafficking in contraband tobacco contrary to section 121.1 of the Criminal Code of Canada. All three are scheduled to appear in Edmonton Provincial Court on April 17, 2019.

In addition to lost revenues that may otherwise benefit Albertans, illegally manufactured products also pose public health and safety risks. Safeguards are in place for consumers that purchase federally regulated and inspected products.

All wholesalers and importers of tobacco into Alberta must be licensed to sell or import tobacco for resale. Furthermore, all tobacco products must be labelled according to federal and provincial regulations. Albertans who suspect illegal tobacco production, packaging and/or trafficking are encouraged to contact AGLC’s Tobacco Enforcement Unit at 1-800-577-2522.

Under a Memorandum of Understanding with Alberta Treasury Board and Finance, AGLC enforces the Tobacco Tax Act and conducts criminal investigations of contraband smuggling. In 2017-18, provincial revenue from tobacco taxes was $907 million.